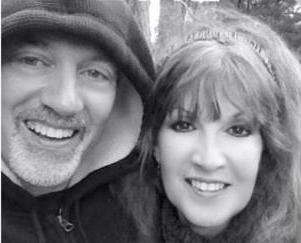 Today’s blog post about Carol Zimmerman’s lighthearted song about the Viking-Packer border wars in her home was originally published in the February 8, 2001 edition of the Minnesota Christian Chronicle.  I chose to re-release this story today on behalf of those of us with border warring between Minnesota and Wisconsin NFL football fans.

When the Vikes and Packers play, I’m always a bit conflicted. I was born in Wisconsin but moved to Minnesota at the age of 4. I grew up a Fran Tarkenton’s throw from the Met Stadium.

I hope you enjoy this story. Carol is a friend of mine and a great entertainer.

“A little east, just across the state line, I met and married this husband of mine…
… I wasn’t thinkin’ ’bout no football game, when I was changing’ my maiden name….”
copyright 2001 by Carol Zimmerman
Used with Permission.

Viking vs. Packers rivalry heats up on Christian radio

“Our allegiances to different teams didn’t become an issue until I came home one day and went up to my boys’ bedrooms and saw these awful green and yellow posters of Brett Favre and Reggie White that my husband, Bill, had pinned all over the walls,” says Carol Zimmerman of Chaska. “I mean, out of the womb of a Viking woman came my sons, born into the heart of Minnesota. How dare he turn these little boys into Packer fans.”

Singer/songwriter Zimmerman, whose voice is a blend between Kathy Troccoli and Bonnie Raitt, decided to use their fierce rivalry to add to her concert repertoire. “I wanted to have a fun song about Bill. It’s a requested song now,” she says.

Zimmerman’s break into radio airplay came when she was playing a holiday concert at Christmastime in 1999 at Bobby and Steve’s Auto World Grill near the Metrodome and Chuck Knapp walked in. Knapp, a former radio personality of KS95, is now the morning drive co-host for the Christian radio station KTIS. Zimmerman knew Knapp was an avid Vikings’ fan and performed the song. “Why don’t you do a recording of this and I’ll play it next football season,” Knapp told her.

“So I laid down the basic tracks,” says Zimmerman. Mark Johnson, pastor of the Creek Community Church in Maple Grove, sings male lead. “He has the perfect, gruffy, macho, Packer-sounding voice,” Zimmerman says.

Knapp played the song both times the Vikings and Packers faced each other last fall. No sooner had the song hit the airwaves and the phones at KTIS began to ring. “Couples of ‘mixed’ marriages, half-green, half-purple, came out of the woodwork,” recalls Knapp. “They went bananas They went tapioca. They wanted this song. It instantly became the big border battle song of the NFL, so to speak,” says Knapp. Zimmerman quickly threw a single together and was bombarded with requests.

The response has been an eye-opener for Zimmerman. “Women in the same boat have written to say that this song has added an element of fun to help smooth over a sometimes stressful situation in their marriage,” she says. “People say they now can recommend that non-Christian friends listen to Christian radio because they’ll hear some songs like mine that are fun and entertaining and not ‘in-your-face’ conviction kind of songs.” That’s because,” Zimmerman says, “This music is a little bit on the edge. It’s definitely rock ‘n roll. You’re just not going to hear a guy like Mark on your everyday Christian radio station.”

Another benefit for Zimmerman has been meeting Ragnar, the Vikings’ mascot. “We’ve even got an upcoming concert at a men’s sports conference in March together,” she says.

So, just how bad is the rivalry between purple and green at the Zimmerman home? Zimmerman says she’s had to moderate her feelings living with three rabid Packer backers, but credits their shared faith in God as having put the football border wars into perspective. “For Bill, raising the boys as Packer fans over the years has created a huge father-son bond. He loves bringing Drew and Jordan to Lambeau Field. If Bill had to raise them liking a different team, he wouldn’t even know how to do it. And the boys are getting to experience what their dad did when he was their age,” she says.

As chief interior decorator in the Zimmerman home, Carol does have some concerns about the colors. “The boys’ rooms are completely yellow and green. It’s such an awful shade of green. It doesn’t go with anything.”

Is there any purple in the house? “Absolutely not,” Zimmerman says with a sly smile. She adds, “But in the sunroom I have periwinkle and lilac colors and being boys, they don’t recognize that as being purples, so I’m still being true to my state.”

“When A Viking and a Packer Fan Fell in Love” is featured on Zimmerman’s CD, “The Things I Love” “It’s about our spouses, sports, kids, the Lord, and we can’t forget, junk food.”