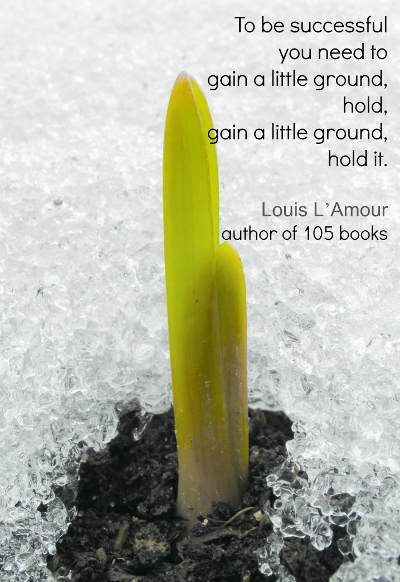 Some people are willing to wreck a perfectly good piece of white. Take snow, for instance. Why can’t we leave the perfect, even-keel fluff alone? Before you know it, our boots compress, tires impinge. The absence of color goes away, replaced by the colors of humanhood.

For some time now — some might call it a month, some two — I’ve stared at another form of white space — a blank screen. The white stuff is so pretty that I prefer to look at a blank page rather than destroy it with bad writing. No matter how many times I attempt the keys, I cannot make the creative engine start.

Changing fonts from Arial to Albemarle Smash makes not a word of difference. No manner of the placement of keystrokes, all that comes is slush and crunch.

I turned for a while to lead sticks and the spiral-bound. The confetti paper teeth left from torn-out pages no longer bothers me.

The other day I pulled out my “new” manual typewriter and scrolled into it some 80-pound bond. It sits readily for something, just not my anything.

I’ve missed many a self-imposed deadline because I refuse to intrude my poor letter combinations upon a reader’s white space and ruin a perfect string of days he or she may have going.

Adding to my frustration is the fact that I’m a first-born. That’s code, for those who are not, for Martha Stewart and hospital-corner bed-making. I take the words I write seriously. Elie Wiesel said, “Words can sometimes, in moments of grace, attain the quality of deeds.” I want my readers to sense I’m out to do them good. I want to give my readers a good day.

But I can’t miss A DEADLINE, and I have miles of keystrokes to go before I sleep.

“Done is better than perfect,” says a good-for-me friend to me this morning. She’s also the one who tells me, “Bs get degrees.” I squirm at her phrases. For decades, I’ve swept Haphazard up and out of the house.

As some of you who read my blog at juliesaffrin.com may know, I’ve been in a state of mothering-law-to-be. Since February 2013, I’ve bought shower gifts, made up photo-booth props such as eyeglasses and moustaches, made plans for the rehearsal dinner, ordered candy for the candy bar of which I was in charge, tried on dancing shoes and sequined dresses.

Guess what? The wedding day arrived, and whether every little tiny thing on my to-do list was checked off, at 4 p.m. on November 23rd, I curled my arm through my first-born son’s and together we walked down the aisle.

What I’ve learned through the experience of planning a wedding is this: Do the best you can then hold your head high and walk down the aisle and embrace what’s happening in each moment of this most magnificent of days.

A Most Magnificent Day | juliesaffrin.com

Applied to life, it means I’ll never get every dog hair off of the couch so why not sit down upon it with a friend and do nothing but talk about anything we want to talk about. Without an agenda. Without having to do anything or say anything profound. Just be together, talking about the everyday stuff that happens in life.

Applied to writing, the lesson I seem to continue to need to learn is that I’ll never get to Good if I always have to be Perfect. There are times ordinary goodness must equal done.

Otherwise great will equal the absence of color.

And I’ve discovered something else. I like colored-up snow. In the sixties, the network, NBC, fanned its symbolic peacock feathers to introduce a show in “living color.” Mushy or compacted, it’s the mix of hues of ordinary life that give us the wonderful array of Technicolor.

So writing-wise, for me to get to “done,” I put down a word on the page.

There were many fits and starts. But I learned they were my friends. They brought me to Done along with the backspace key and Michael Nesmith’s mother.

Michael was a member of the ‘60s band, The Monkees. Think Davy Jones. Okay, well, then think Daydream Believer. Last Train to Clarksville.

I love the songs, but it’s Michael’s mom to whom I am grateful.

Bette Nesmith Graham and I share a common bond. We both make mistakes when we type. In 1951, Bette was a divorced mom who needed a job. She, like I did when I was just out of high school, worked in a secretarial pool. She worked on a manual typewriter. I can’t imagine the pressure she was under to not make mistakes. Worried her mistakes would get her fired, she came to work one day having emptied out a nail polish bottle. Instead of lacquer, it held white tempera paint. Her invention, “Mistake Out,” as it was known at the time, became an instant one-hit wonder. Production of her liquid substance took time away from her job and in 1962, she was fired. Within six years, Bette’s little bottle of Liquid Paper became a seven-figure business.

And it has made all the difference in the world. It enabled me to muddy up the white stuff; to get to Done.

What Anne Lamott said in Bird by Bird is true. “Very few writers really know what they are doing until they’ve done it.” Believing that has got her to eleven published books.

Until next time, may you begin to believe done is better than perfect, too.