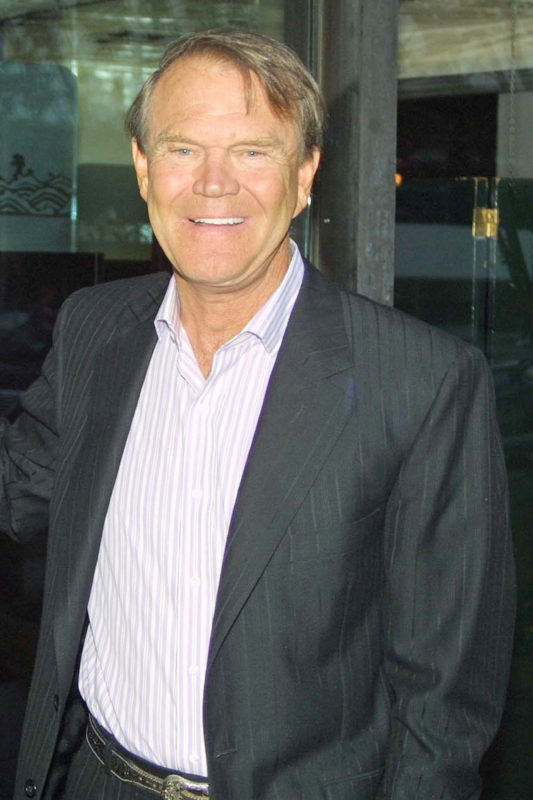 I first heard Wichita Lineman when I didn’t know much about Wichita or a lineman. What I knew were the song’s words and music captured the soul of a working guy missing his girl, and being that I was on the edge of puberty, that was enough for me. 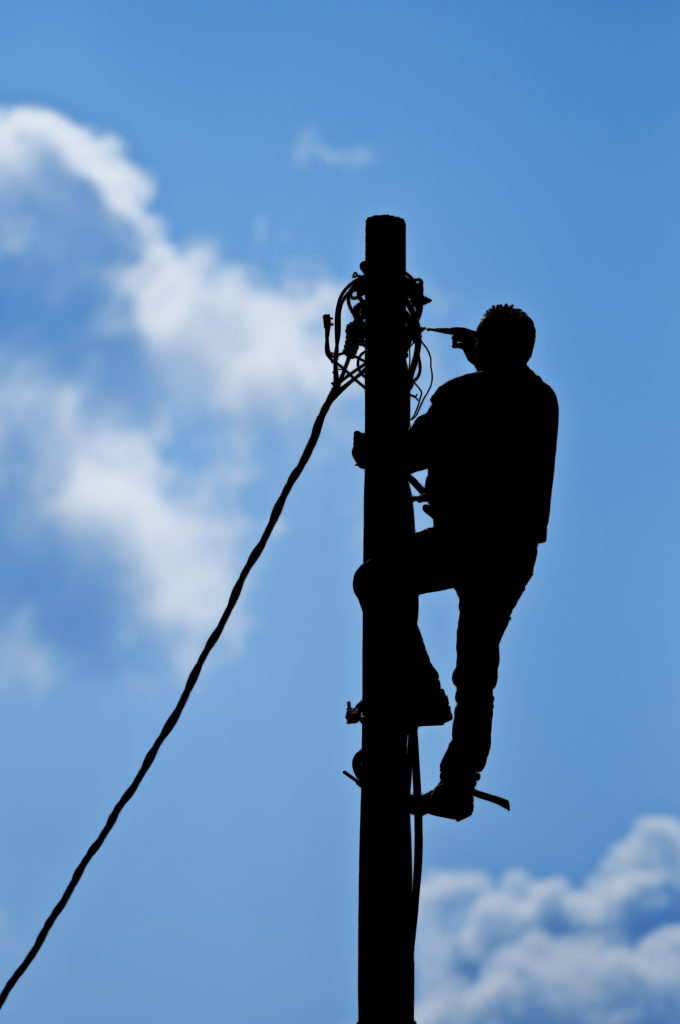 I hear you singing in the wires, I can hear you through the whine…

At the time, I was taking piano lessons. As a way to stop my whining about my 30 minutes of practicing every day, Mom (who was smart to just parent me and not bring into the equation that of being my piano teacher,) bought me The Glen Campbell Songbook to help me get to that eventual place where I could sightread and play the tunes of the day. Her rule: I could not play the fun music until I had practiced my scales and the music in my lesson plan. Glen’s songbook was the carrot that got me through those early years of practicing.

And so I went to the piano, working until Minute 31. My half-hour practices reminded me to properly curl my fingers over the keys, made me correct my fingerings so as to not be tripping over my fingers in runs, gave me confidence to pedal, memorize lines, control the tempo and volume of the notes, and, using the words to Glen’s song, taught me when to let the right-hand notes “whine” and the left-hand notes “overload.”

A couple of years later, I moved to practicing an hour each day and with it a surprise. Practicing moved from chore to privilege, from just playing the correct notes to interpreting their meaning and hearing the effects of both. 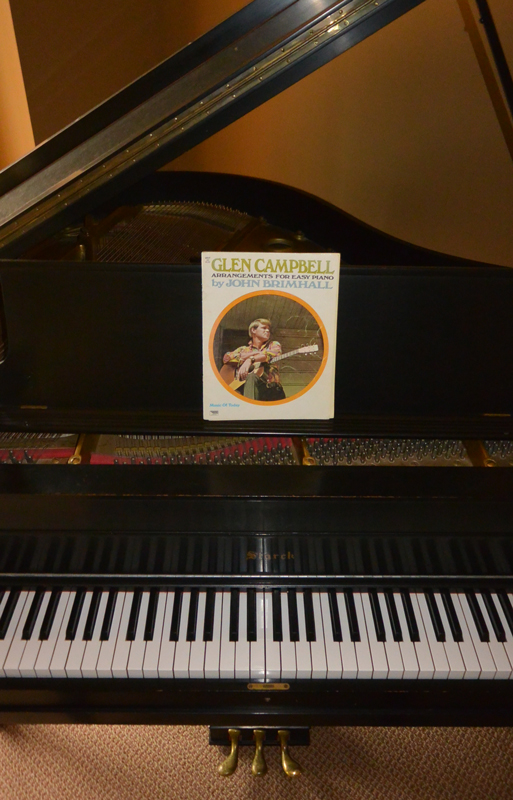 While watching Glen’s TV show, The Glen Campbell Goodtime Hour, I became mesmerized by his guitar-playing. I saw why he had earned the right to be on television. True grit turns dreams into reality. 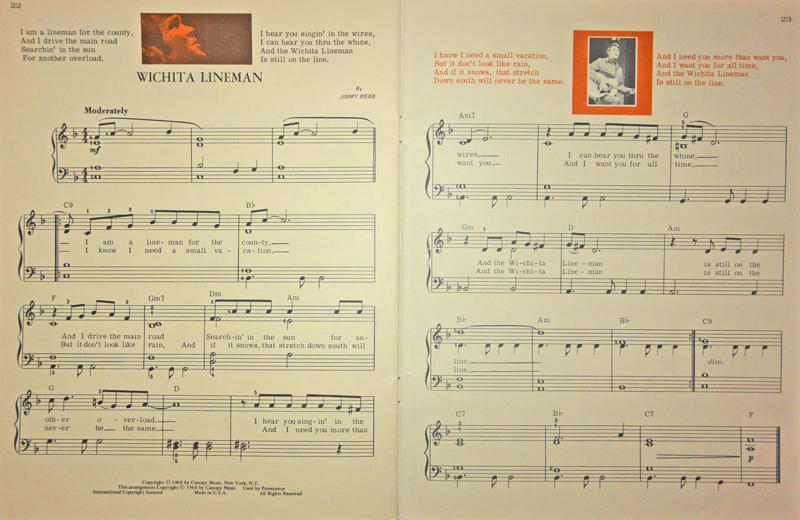 So many songs today feel like they’re written so that the singer will be asked to be the Superbowl Halftime Show or on a Las Vegas stage. There’s certainly a place for being entertained that way. I prefer simple lyrics, music that works in concert with those lyrics, and a voice that can meld the two together in a melodic tale.

The magic of Wichita Lineman is that it’s not overworked.  It’s a song about a guy whose everyday job is climbing poles, electrical or telephone, who fixes wires in the air, looking for “overloads” to the system. The legendary songwriter, Jimmy Webb, who wrote this song in a day for Glen, says in americansongwriter.com, that Glen wanted a song, a “geographic” song. Pressured by Glen to send him something, Jimmy worked on Wichita Lineman and sent Glen what he’d come up with so far, thinking he still needed another verse. He didn’t hear back from Glen. Two weeks later, he asked Glen what he’d thought of the song. Glen had already recorded it. When Jimmy told him of his concern that it needed another verse, Glen said to him that it was too late and he loved the song.

I love how the song was recorded as it was given to Glen, the high D, stretching like miles of Kansas wheat fields, for two measures, making us wonder if and when this lineman will be reconnected with his sweetheart. In the end, Jimmy Webb leaves the ending up in the air. Does the lineman’s wanting his girl “for all time,” work out that way for him?

As for this week’s passing of Glen Campbell, I am thankful we live in a time where we can forever listen to his beautiful music. And while my heart hurts for his loved ones left behind, there is a comfort to be had, thinking about Glen serenading the saints in Heaven.

Rest in peace, Mr. Campbell. Thank you for the gift of music you gave, your way, to the world. And thank you to Glen’s family, for sharing him with us.