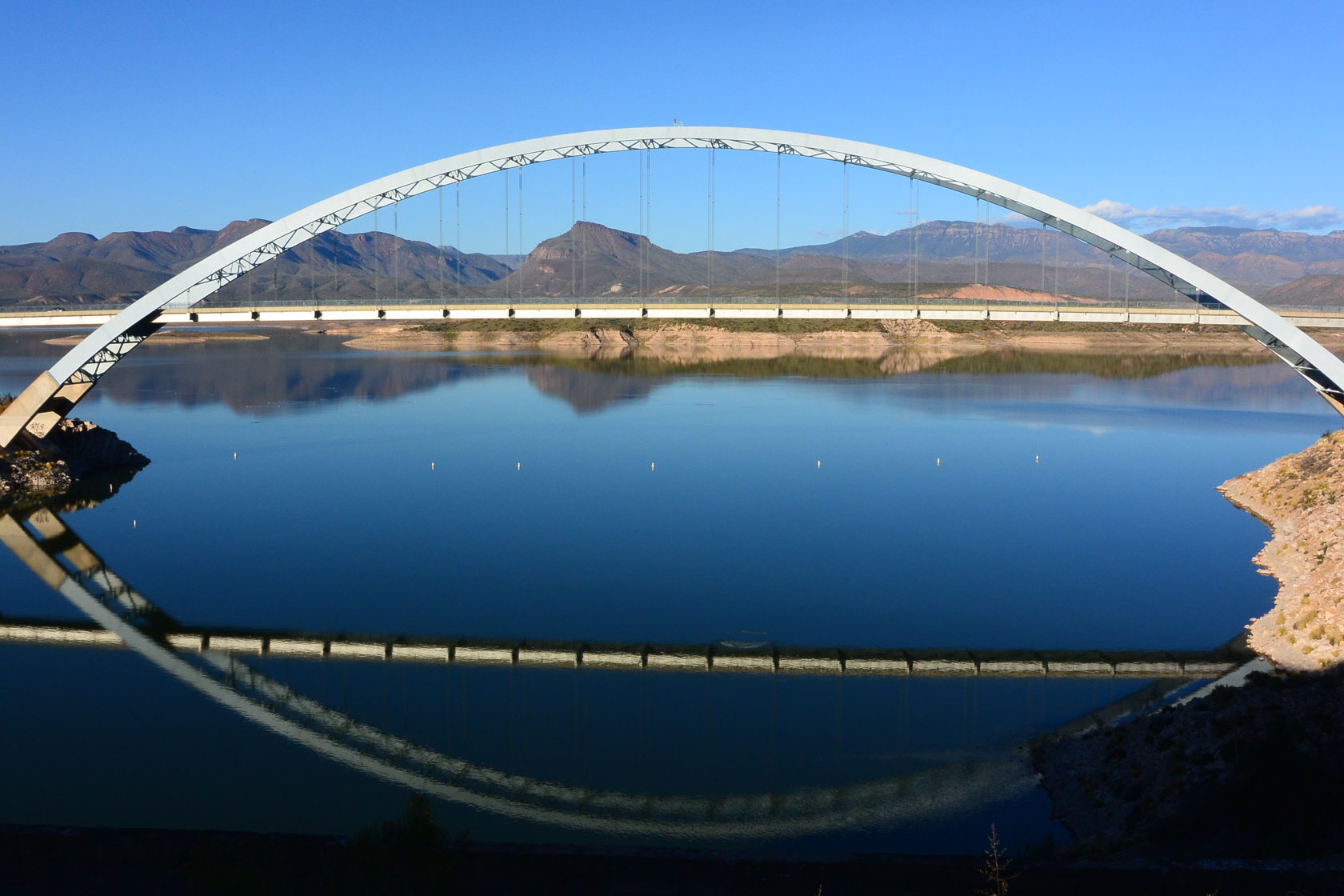 The first week of February 2018 we vacationed in Rio Verde, Arizona. While much of it was spent at the townhome we rented for the week with me soaking in the sun to get myself well from a  season of cold and flu, we did do some adventuring too.

It wasn’t long before we found a Starbucks. As we sat outside on the beautiful February day, I spied this woman about to enter into Target. 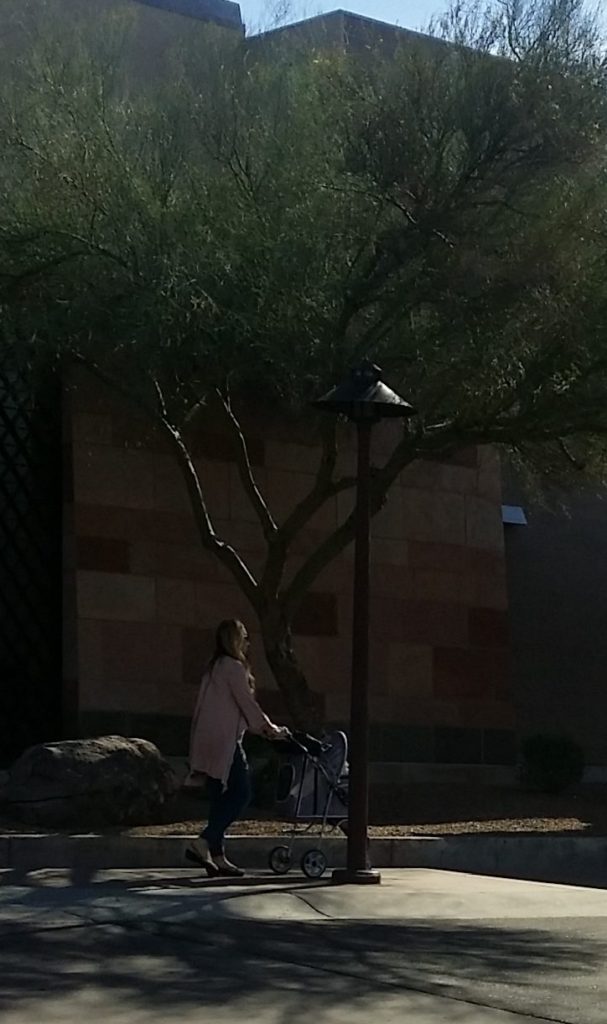 I’ve never seen a dog stroller before and did not know they were allowed in public places.

We learned that a couple we know from high school days in Minnesota were in Arizona when we were there. We had dinner together a day after arriving at the Tonta Bar & Grill in Cave Creek, AZ and it was fabulous. Everything is made from scratch and the views are beautiful. They have a heated outdoor patio as well as inside seating. Plan to make reservations a couple of days ahead if you want a choice of seating and time to eat. 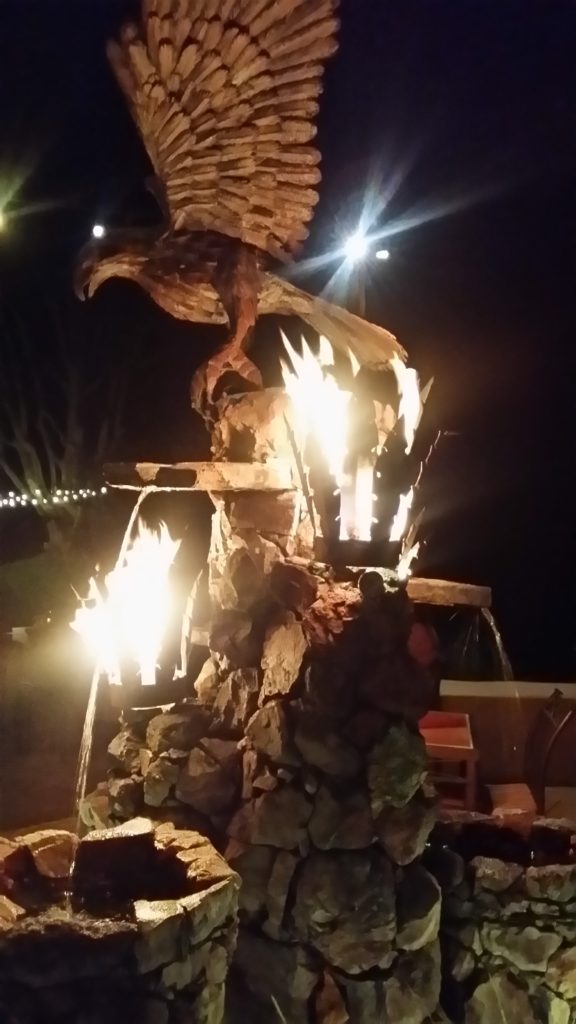 We also visited with our friends from up on Dead Lake where our cabin is. Tim and Terry met us in Red, White & Brew in Mesa.  Outstanding salads and one could really just have their Garlic Buns for lunch. They are unbelievably delicious and it is a serious (futile) exercise in resisting the urge to hoard them in every pocket you have. We loved seeing our lake friends and joked that we had to go to Arizona to see each other because our summer was too busy to see them last year.

We took a trip north of Mesa, to Superior and again found my favorite blue door. I know, random, but I like random and er, out-of-the-blue kinds of things. 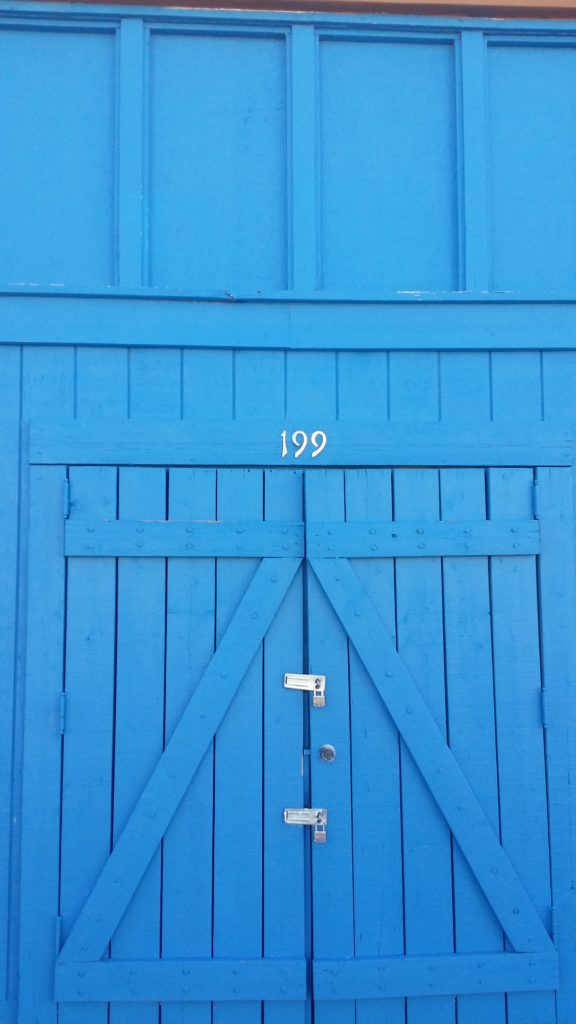 Legend has it, that right near Superior, a battle took place. 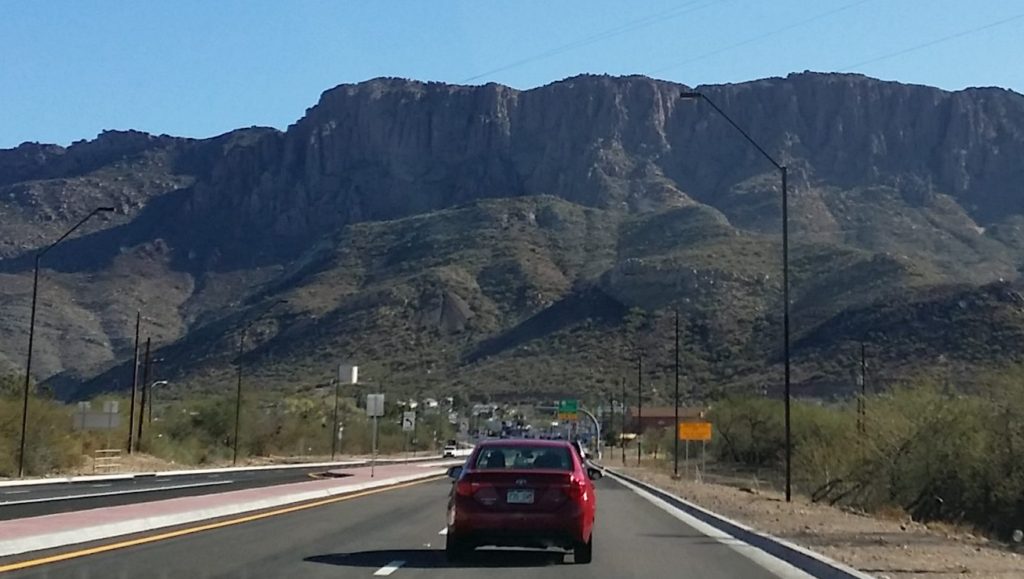 This is the story: 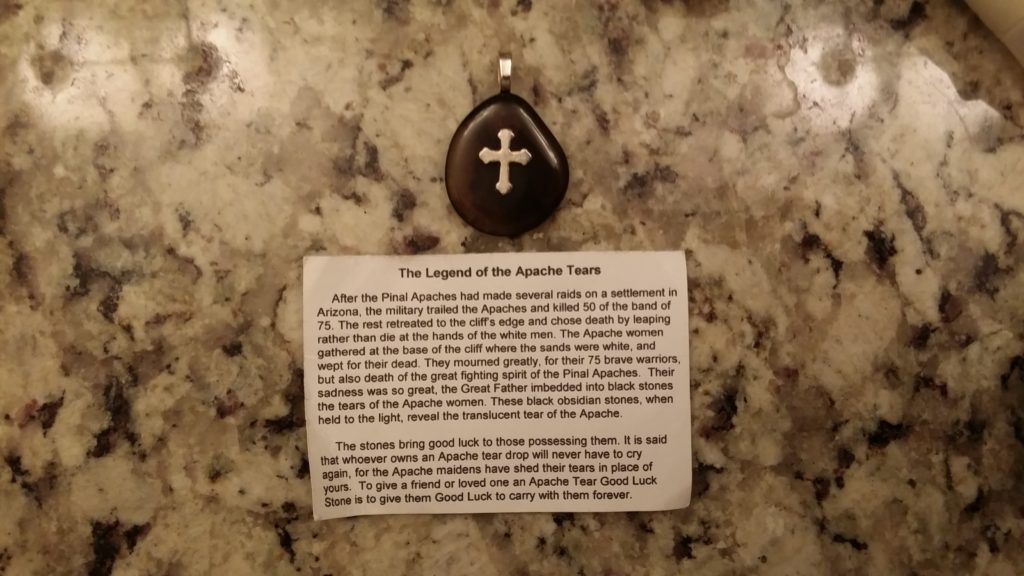 The legend of the Apache Tears | https://juliesaffrin.com

“After the Pinal Apaches had made several raids on a settlement in Arizona, the military trailed the Apaches and killed 50 of the band of 75. The rest retreated to the cliff’s edge and chose death by leaping rather than die at the hands of the white men. The Apache women gathered at the base of the cliff where the sands were white, and wept for their dead. They mourned greatly, for their 75 brave warriors, but also the death of the great fighting spirit of the Pinal Apaches. Their sadness was so great, the Great Father embedded into black stones the tears of the Apache women. These black obsidian stones, when held to the light, reveal the translucent tear of the Apache. The legend is that to whoever possesses an Apache tear will be given good luck.”

We continued on our journey to reach Globe, passing Miami, AZ. We didn’t find a place to stop to eat or really shop, but they had a beautiful church in town and I love seeing three crosses on a hill in the town. 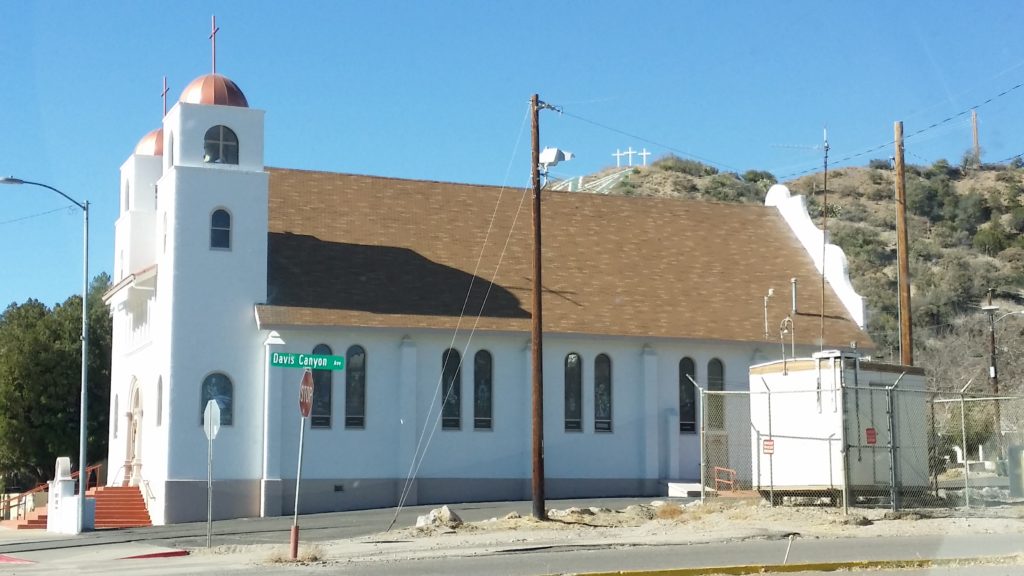 And Miami has cypress trees – in its cemetery. I felt like I was in Italy (well, I’ve never been, but I’ve seen pictures). Sorry for the quality of the picture. Hurry Man was hurrying. 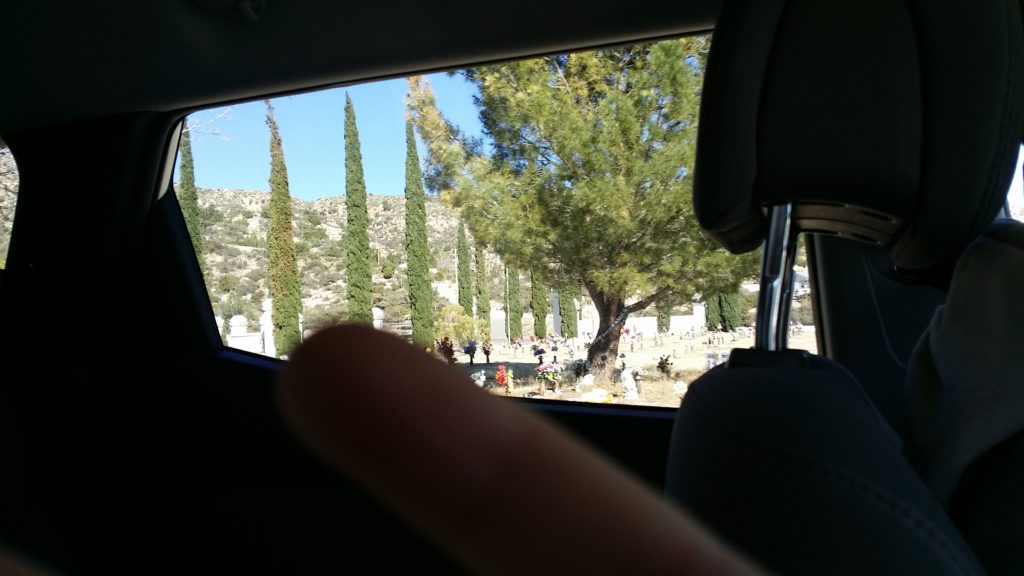 While I’m sure mining has its controversies, which I’m not wishing at all to discuss here, I now know what they look like and how vast the area mined is.

One item I was in search of was Navajo horsehair pottery. Here’s an example of what I was looking for, before I learned the kind, well deserved, of prices people get for these items.

Terry mentioned that she had seen some at the Pickle Barrel in Globe but they weren’t exactly what I was looking for. It was a super interesting shop with some beautiful pottery, nonetheless. 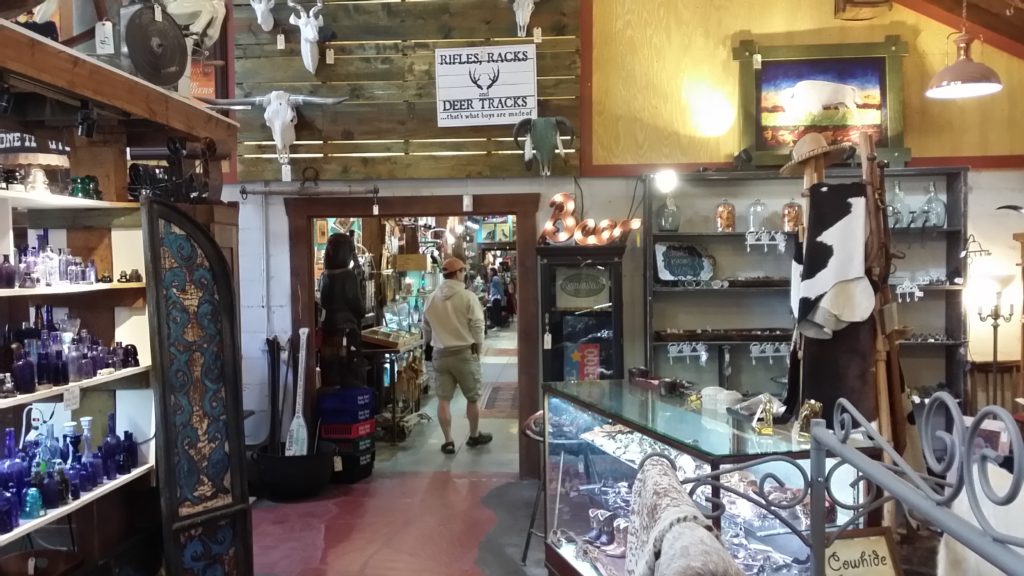 On a previous trip to Rio Verde, we’ve spied these little guys – they’re called Gamble’s quail. Don’t you wonder why God added those little feathered caps to their heads? 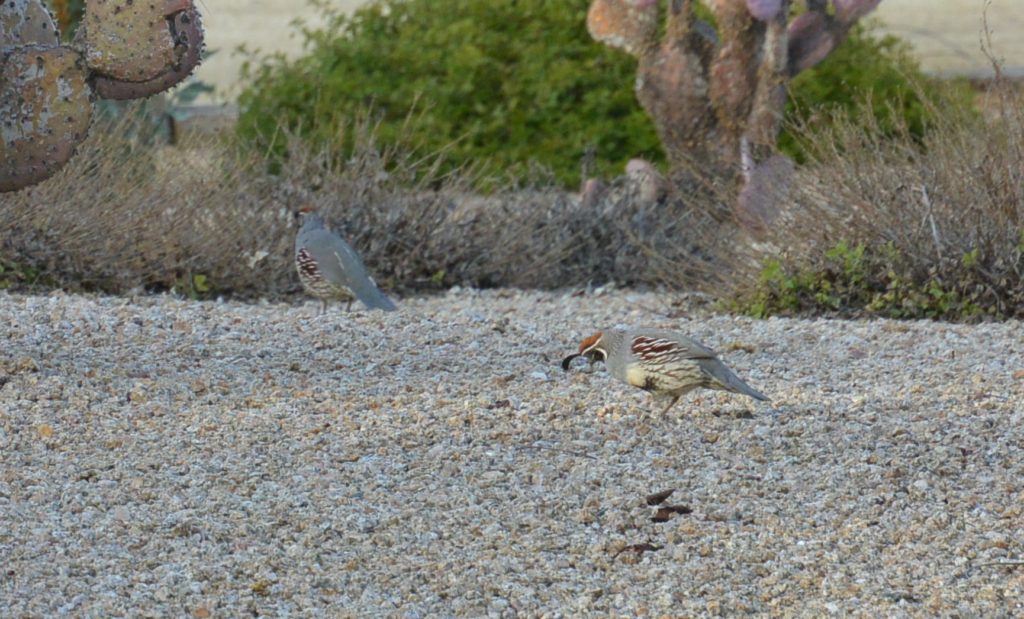 Anyway, I found this at the Pickle Barrel. 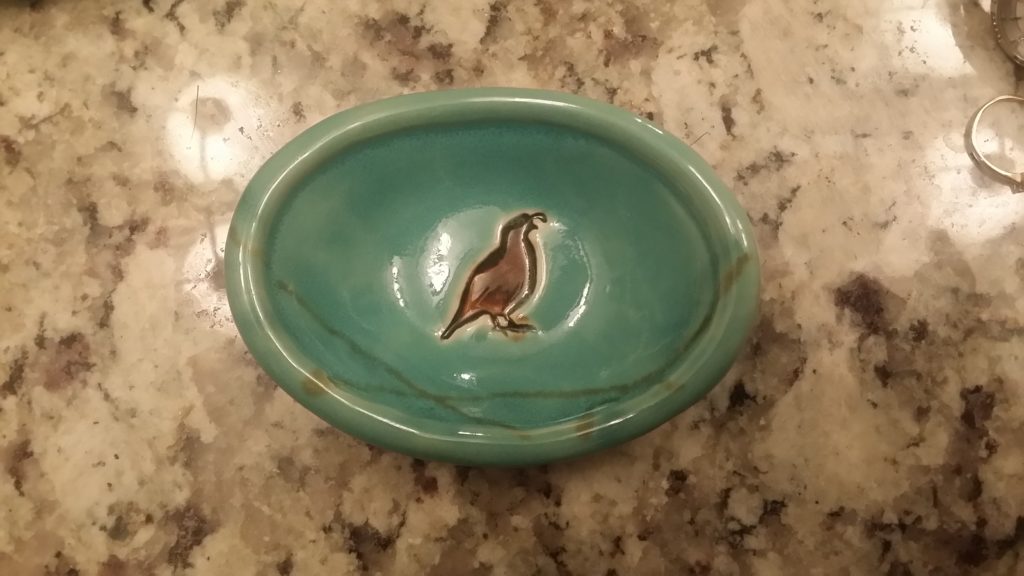 A Gamble’s Quail I could bring home | https://juliesaffrin.com 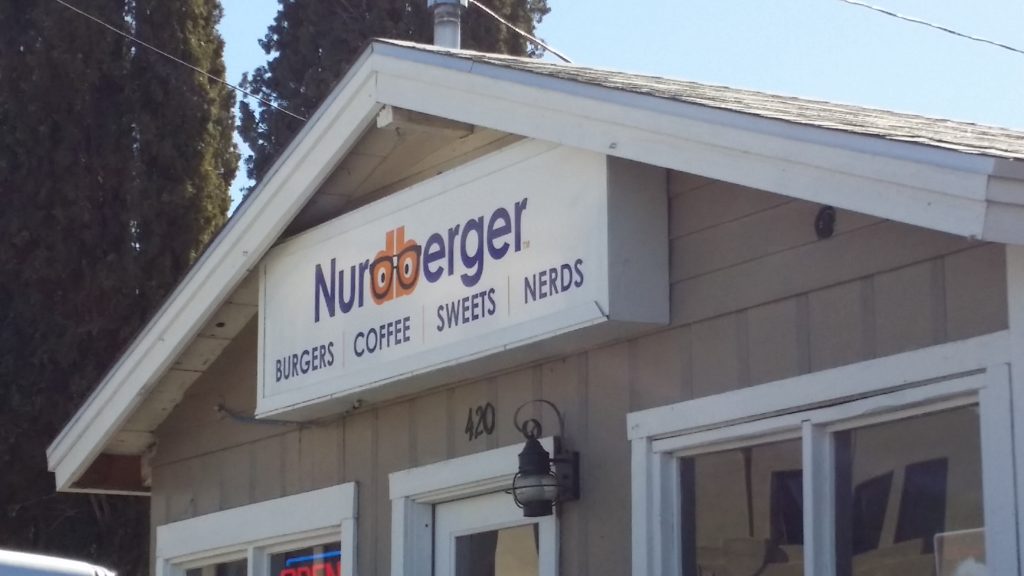 We had a bite to eat at Nurdberger in Globe, turned to head home, only to learn there had been a deadly crash in the tunnel and we were REALLY forced to go a substantial distance out of our way to get back to Rio Verde. But it was worth it, because I got this panoramic shot of hubby and Roosevelt Lake.

As we neared home, Rick took a left turn and we fell upon the Arizona Trail, which runs the entire length of Arizona, from Utah to Mexico. 790 miles! 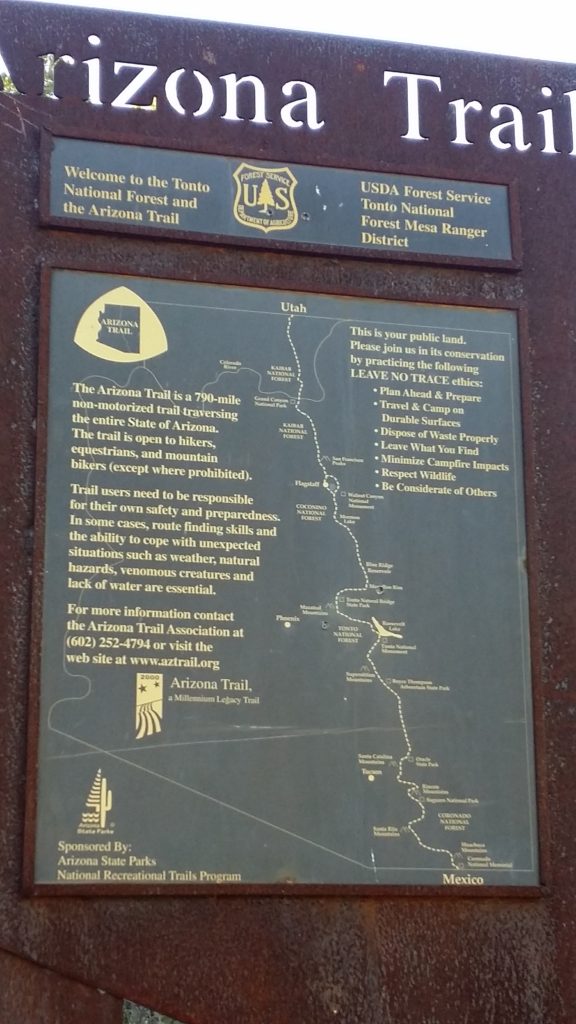 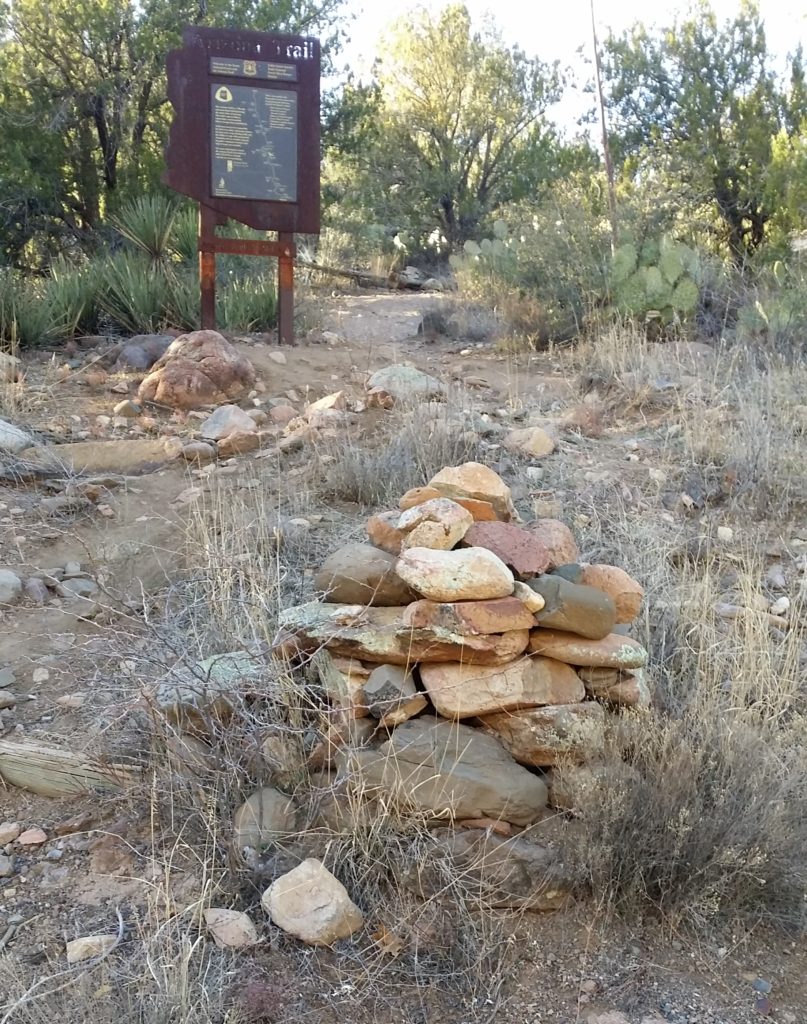 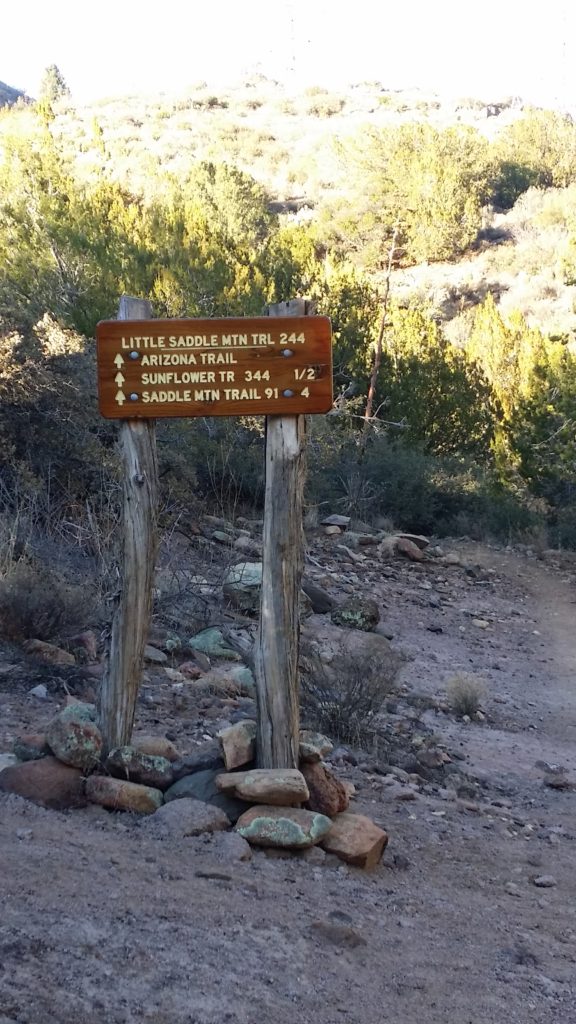 Lastly, I spied these white trees. Any guess as to what they’re called? 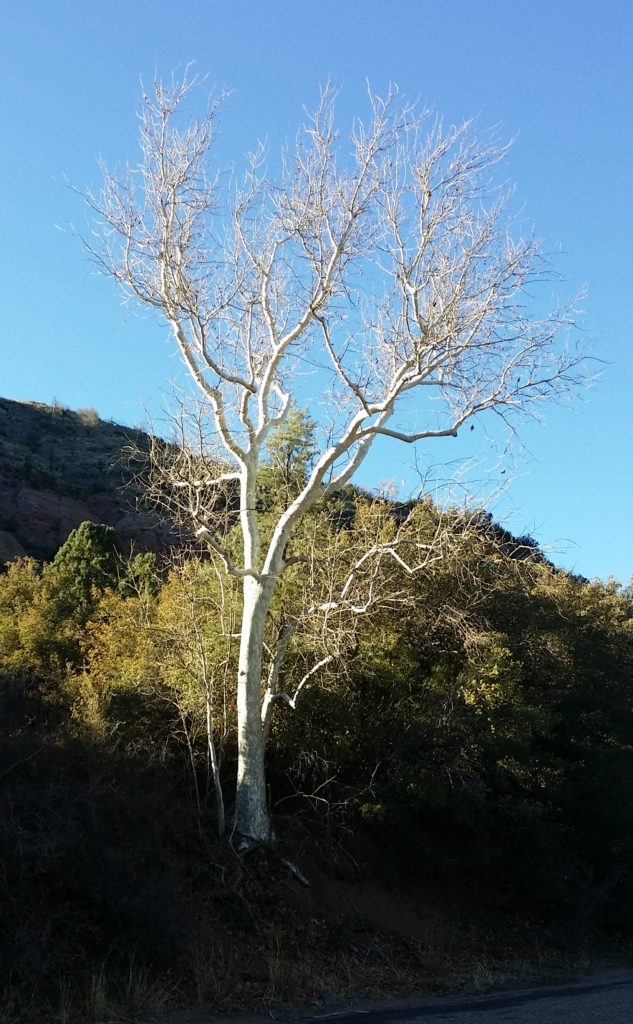 Hope your winter has held some rest and adventuring too.